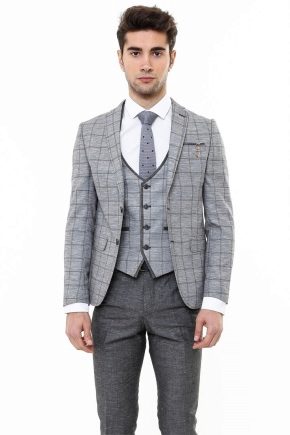 The way of life of a big city, of course, leaves its mark on the style of clothing. Over time, our everyday life has ceased to excite global economic ups and downs, such as the crisis of the nineties, defaults and other troubles. In the fashion world also came relative stability. And in the men's wardrobe, the three-piece suit firmly took its place.

The costume is formality, elegance, status, and finally, convenience, since, being dressed in it, it is impossible to get into a mess and look inappropriate, unless, of course, there is a mushrooming or fishing trip.

Classic is always relevant, therefore, acquiring an expensive men's suit, you can not worry about the wasted money. Contrary to the widely advertised slogan “Image - nothing”, nobody canceled the dress code, and there is a huge difference in having to go for an interview when applying for a job in a serious company in clothes that match the casual style or in a strict suit.

In addition, the vest, which is part of the ensemble, will give the man a slim and presentable. A special chic is a suit tailored to order, as it ideally sits on the figure, hides the flaws and makes its owner a respectable master of life.

Depending on the tailoring, the costumes can be divided into several categories.

The most popular at all times is the traditional version of the costume, leading its lineage from the shores of Misty Albion and consisting of a single-breasted jacket, trousers and a vest of monochromatic colors, mostly black, gray or dark blue. And if the gray color is considered somewhat democratic, then dark blue is ideal for creating the most stringent bow.

The important role played by the number of buttons. It should be noted that the jacket allows no more than four, and the vest can be opened to outsiders with a maximum of two buttons.

The vest can be two options - closed or open. The closed model has a small primly cut-out, only a slightly opening tie. An open vest implies a deep cut in the front, lapels that clasp the neck create the illusion of a full-fledged vest. In fact, the back remains uncovered.

The jacket of the English suit is equipped with shoulder pads supporting the silhouette in immaculate condition, the style is distinguished by a somewhat narrowed cut and high waist, which obviously slims its wearer. A slot is provided at the rear to avoid breaking strict lines. Pants have a high fit.

Contrary to popular belief about the Italians, as hot, emotional and a lot of gesticulating men, they prefer costumes strict, not screaming, made in the spirit of minimalism. If the pants are straight, if the jacket is single-breasted with slightly raised narrow shoulders, there are no slots. Recently, designers allow some deviations from the established traditions and you can find double-breasted models, but the silhouette lines are still perfectly flat.

What the Italians themselves could not change is the choice of fabric. Material for tailoring of suits differs in refinement, richness of the invoice, high quality and high price.

Thanks to adherence to straight features and lack of excesses, the Italian costume will suit both slender men and those who are overweight, as the cut will easily hide figure flaws.

The American three-piece suit will suit those men who put comfort above all. The free cut, which became the reason for the nickname “bag” attached to the model, has an undeniable advantage in the form of the ability not to hinder movement and, at the same time, look business-like officially. The jacket rejects the presence of shoulder pads in principle, is democratic in terms of silhouette, does not have clear prescriptions about the number of buttons, and for added convenience is provided with a spline at the back. Pants are designed in the same style, loose and slightly gathered to the belt.

It became widespread in the eighties of the last century and is recommended for exceptionally tall men. The jacket is slightly fitted, has an elongated cut that visually balances the figure.

A characteristic feature is the fabric, which has the property to keep the original appearance and not to crease. The cut is rather free, the sleeves do not hinder movement. In general, it resembles the American version at the expense of some bagginess, but in what does not take away German quality and practicality, it is in the presence of unbuttoned buttons on the sleeves and manually lined loops.

Top of grace and elegance. A cropped jacket with rounded shoulders, tapering downwards will look good on short men of asthenic physique.

All the described costumes can also be divided into three categories - these are classic, fitted and business.

Undoubtedly, the palm in this segment belongs to the English troika, but the Italian costume, designed in strict terms, is not out of control. Although any model has the right to be called a classic, if it combines such qualities as severity of lines and colors, minimalism in details.

This includes the English version, as well as French and European. The classic type is characterized by dazzling white shirt in the ensemble and monochromatic colors of the fabric.

The name speaks for itself, this category is represented by all the models mentioned, with the exception of the tuxedo and dress coat.

The basic color scheme of the three suit is represented by black, gray and dark blue. In principle, the official situation allows for the variability of the blue color, but if the case is very responsible, then it is the dark blue tone that will best deal with the task of creating a strictly image, especially in combination with a snow-white or bluish shirt. Recently, designers are increasingly recommended to pay attention to the pink or lilac shirt. Sometimes in the colors of the triple suit stripes may be present.

Gray color is more democratic, and, therefore, more conducive to communication. Successful business people take this feature into account when planning negotiations when there is a need to get the interlocutor as close as possible. Choosing among the shades of gray, it is better to give preference to coal, since it is always in trend and associated with wealth.

Black suit is most appropriate in a solemn atmosphere, but also in working days will also put its owner in a favorable light.

As for the pastel colors, they are unacceptable in a business setting, even in the summer season, but a slightly visible cell or strip can add elegance to the image.

According to the established tradition, costumes are sewn mainly from woolen fabrics, since one of the advantages of wool is that it does not wrinkle. Also, woolen fabric is breathable, which allows you to feel comfortable in a suit both in summer and in winter.

For special wear resistance and to protect the material from deformation, wrinkles, lycra or silk are added to the wool. Silk threads contribute to the rapid recovery of the form, preservation of the original appearance.

If there is a need to look solid and presentable, it is recommended to pay attention to the classic tweed suit. Initially, the tweed received a start in life as a reliable, durable material that protects the English gentlemen from the unpredictable tricks of the local climate, and later won admirers on the mainland. Try, being in the United Kingdom, to ask the store to show a tweed suit, you will certainly be offered a traditional model, with heat-conducting qualities comparable to a shortened coat. Also, according to tradition, tweed trousers are necessarily equipped with suspenders.

Choosing a suit, it should be remembered that the lapels of the collar are supposed to fit snugly to the body. In no case should the hangers hang down; wrinkles and wrinkles are unacceptable on the back. The optimal sleeve length is up to the wrist bone, allowing you to see the sleeve of the shirt by one centimeter.

Following the rules, the middle button on the jacket is flush with the navel. The ulnar seam of the sleeve ends in line with the beginning of the spline and has four to five buttons.

The jacket of the classic three-piece suit closes the buttocks, while the slot does not diverge to the sides.

Traditionally, the costume is worn with an immaculately white shirt, although deviation from the norm is allowed in the direction of other light colors. According to established canons, the bottom button on the jacket is not fastened.

Of the accessories, a tie, a belt, and a wristwatch are not at all superfluous. The main thing is to follow the rule that accessories are supposed to create the impression that their cost exceeds the price of the costume. You can add a small "peppercorn" in the form of an intricate chest scarf.

Among the outstanding designers who have turned their eyes on the men's suit, the Italian Brioni holds a palm. To create his collections, he uses a very fine wool. In his products flaunts the last James Bond Daniel Craig, and also gives them preference to Russian President Vladimir Vladimirovich Putin.

The costumes of American designer William Fioravanti, adherent of the most strict style, are among the most expensive in the world. The business card is a deep neckline, showing a shirt and tie. Cost of a suit can reach up to twenty thousand dollars.

Another Italian designer, Enzo D’Orsi, created a special line of costumes made from the wool of Australian and New Zealand fine-fleeced sheep.

Designer Alexander Amosu distinguished himself by creating a costume decorated with clasps made of 18 - carat gold.

Interesting in the section "Business"

Classic suit for a boy 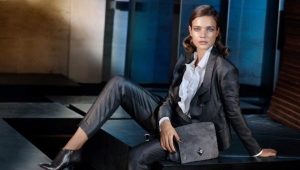 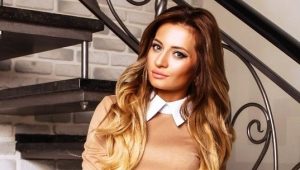 Men's suit in a cage

What can I wear with a black suit? 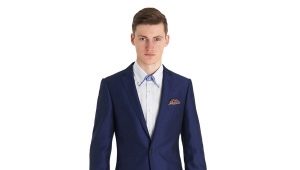 Business suits What can I wear with a blue men's suit?

Double-breasted suit for men and women